Rebuilding after the Lake Ōhau fire

A MAS Member’s home was destroyed when a devastating bushfire tore through a small Mackenzie Basin township but she moved in to a rebuilt house only four months later.

Disoriented and confused, she stumbled out of bed, got dressed and headed out her front door.

“I could smell smoke and I thought I’d better go investigate’, then I saw a wall of flames.”

A neighbour ran up and told her to get out quickly. She grabbed her tramping pack, which was sitting beside her front door in preparation for her planned hike the next day, and drove out of the village.

Five minutes later, the town’s 15 permanent residents as well as a handful of holiday makers gathered on the shores of Lake Ōhau to see the wall of flames had already swept through the township. The fire would come to be described as one of the biggest wildfires in recent New Zealand history, burning through more than 5,000 hectares and destroying 48 structures.

Mary credits an elderly neighbour’s dog, Hebe, with the survival of the town’s residents. The dog had to be let out during the night, which led its owners to notice a fire that had already engulfed the wilding pines around the village. Hebe’s owners set off the village alarm, called emergency services and started banging on villagers’ doors.

“Unfortunately, the dog didn’t survive. She was very old and a few days later had a series of strokes and died,” Mary says. “She was our saviour.”

The village residents gathered in the nearby Twizel Events Centre and were looked after by local Civil Defence.

“They were wonderful. Offers of accommodation started rolling in, eateries opened up early. Civil Defence kept giving us updates. By 9am helicopters had gone up, and there was unofficial video circulating that showed my house had gone. I didn’t know what was going to happen. I was operating on automatic pilot.” 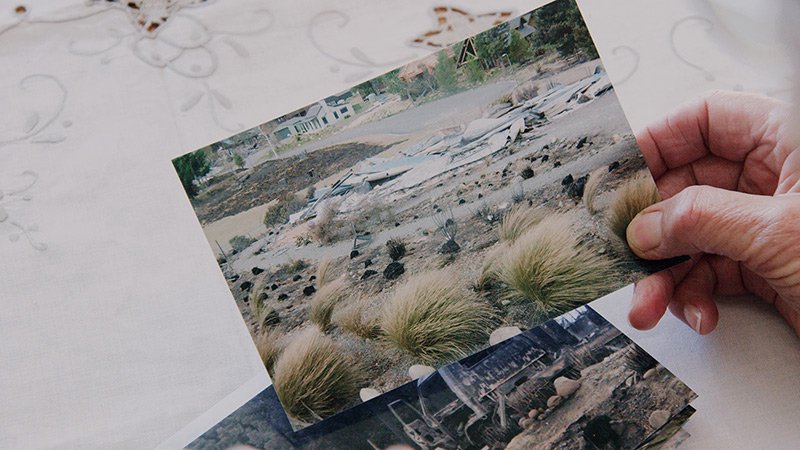 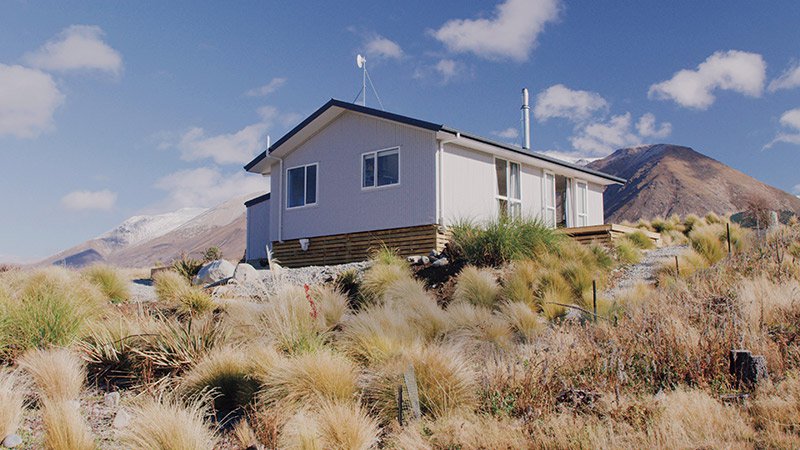 A stroke of luck

In a stroke of good luck, Mary had transferred her house insurance to MAS only two days before the fire.

She had also chosen area replacement cover, which meant that, rather than being paid out up to an agreed amount, her new house was built to the same size and quality as the one that had been lost.

Her lucky timing in securing area replacement cover meant her claim was quickly assessed and approved, and she was able to get on with life sooner.

“I got my policy on Friday, and my house burned down on the Sunday. The thing that stands out in my mind was what MAS’s Mark Fisher said to me when I spoke to him. He said, ‘You’ve been through a terrible experience and we just want to make things as easy as possible for you’.”

The fire was so intense that even the concrete slab on which the house was built was destroyed. MAS did a
full wash and vacuum of the land and paid extra to have the concrete block taken away and broken up in
a sustainable way rather than being dumped in a landfill. All the salvageable steel and other recyclable materials from the house were also taken away to be reused.

Just four months after the devastation, Mary moved back to Lake Ōhau, her house rebuilt as it once was. While many of her neighbours are still yet to return, Mary says the village is a hive of building activity.

“Everyone is going to gradually return, but a lot of people have had to downsize. For some, that probably wasn’t a bad thing, but it was a rather drastic way of downsizing.”

One silver lining in the experience was the destruction of the wilding pines that fuelled the fire.

“Now the pines are gone, my views are wonderful,” she says. 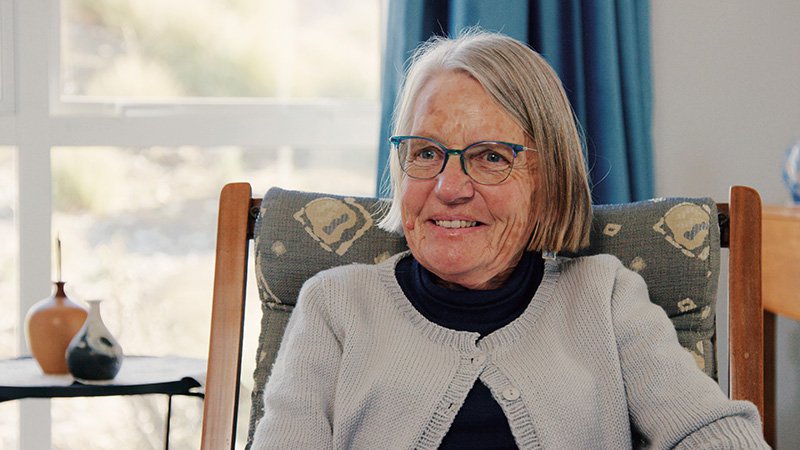 MAS Member Mary Miller has settled in to her new home 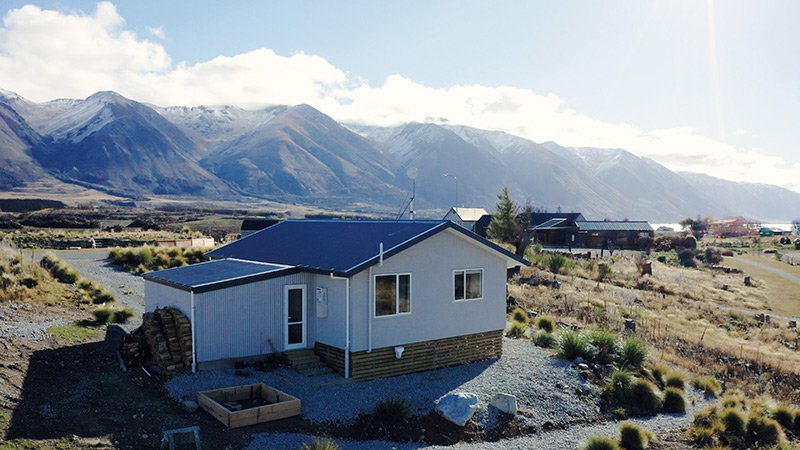 Mary’s garden has started to regenerate, with tussocks among the first to bounce back 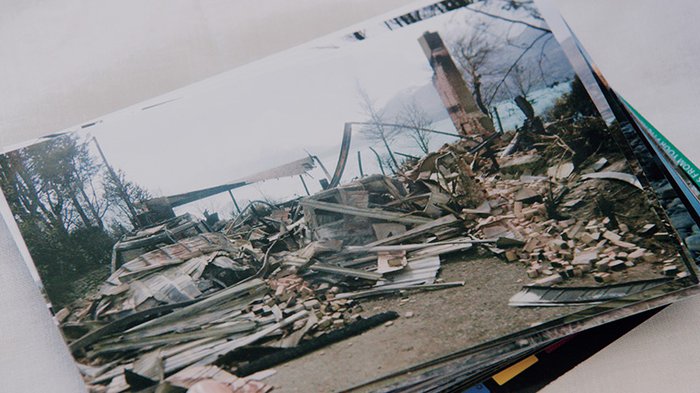 Top / Mary’s garden has started to regenerate, with tussocks among the first to bounce back

Bottom / The wreckage of a Lake Ōhau Alpine Village home

The wreckage of a Lake Ōhau Alpine Village home

Formerly from Christchurch, Mary left after the earthquakes and the long process of getting her house repaired. She moved to Kāpiti to be near her children and their families before moving to Lake Ōhau, a place she’s loved since she was a teenager.

“I first came up here when I was 17 for my first big tramping trip right up the head of Hopkins Valley. I always thought it was a beautiful transition area from the mud and bush of Otago and the dry Canterbury tussock landscape. I really wanted to come back and live in the mountains, I couldn’t afford Central Otago so I chose Ōhau as I had friends here.

“It was such a lovely little community. It was a bit far from the kids, but they regard themselves as displaced South Islanders and like to have a base so they come to visit.”

After the fire, Clearcut Building & Dairy – a local company who had built her original home in 2014 – got in touch and offered to rebuild her home exactly as it was, with just a couple of alterations: a little more kitchen bench space and different carpet.

“I had chosen some grey carpet for my new living area but then realised it reminded me too much of the ashes so quickly opted for more earthy tones. This has been a good choice.”

Mary has had to replace all her possessions and has often found herself going to look for things before remembering they were destroyed. The greatest loss was family memorabilia like photo albums. Fortunately, her garden, carefully planted with natives to withstand the wind, is bouncing back.

“The hebes didn’t survive but the tussocks have regenerated with great enthusiasm. The kōwhai were the first to put shoots up. It’s amazing how many other things are starting to resprout again. It’s going to look very different this time next year.”