Founded by a group of doctors in Napier in 1921, MAS claims Hawke’s Bay as its tūrangawaewae. As we mark our centenary, we revisit the region to learn more about its significance for mana whenua.

Hawke’s Bay is globally renowned for its wine, food, climate and architecture, making the region a hot spot for tourists with a taste for the finer things in life. But the vineyards, orchards and market gardens are grounded in a landscape shaped not only by the 1931 Napier earthquake but by a rich cultural heritage as well. 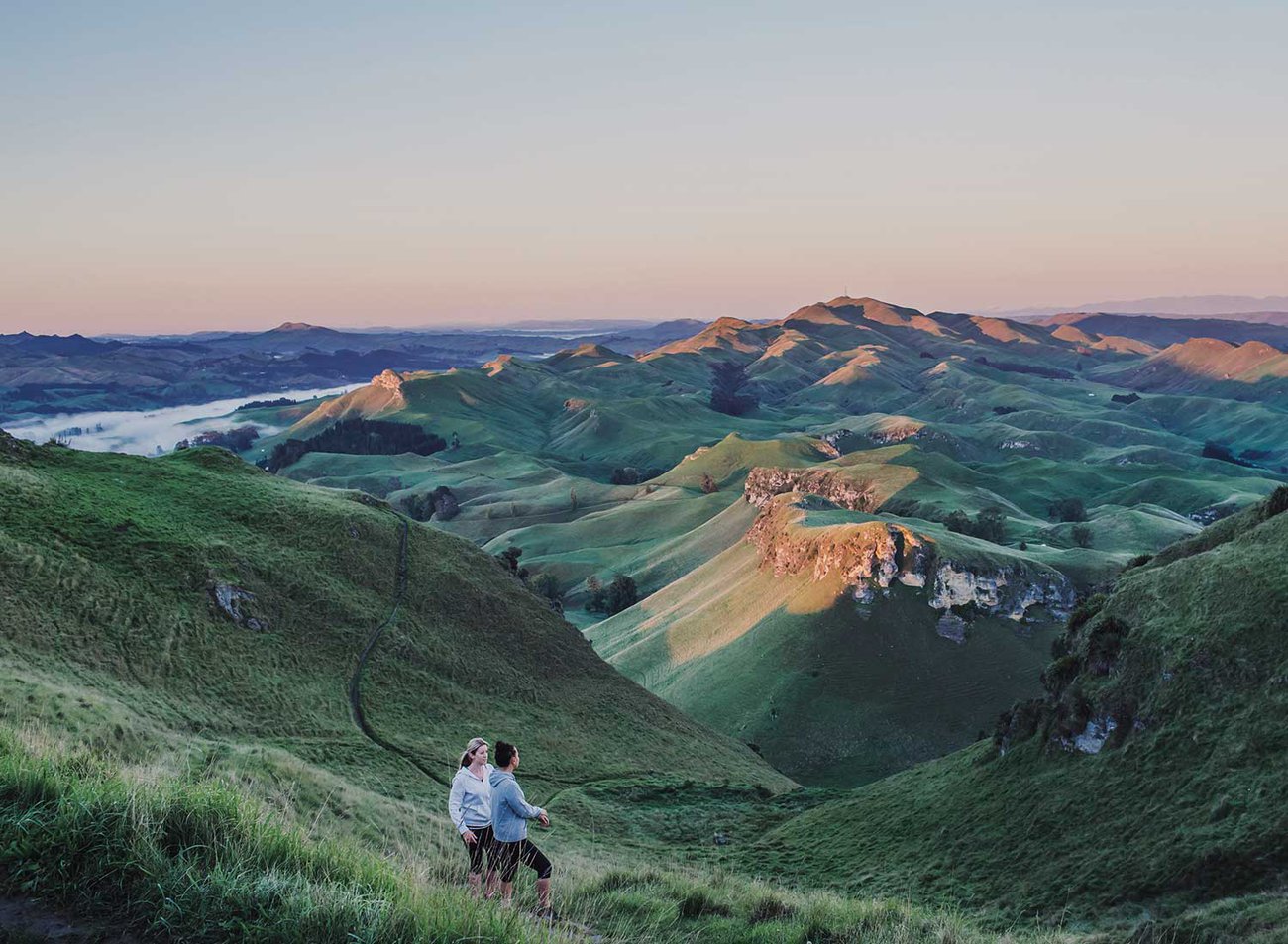 Matthew Mullany, a historian and researcher of Ngāti Parau descent, says that connections between mana whenua and Hawke’s Bay run deep, and the stories and myths told about the land reflect the region’s history of occupation, conflict, continuity and change.

“The place is considered rich and important because we carry stories about love, conquest, tragedy and heroism from our ancestors since they arrived in Te Matau-a-Māui 700 years ago,” Matthew says.

Used to describe the Hawke’s Bay region as a whole, Te Matau-a-Māui refers to the mythical jawbone Māui used as a fishhook to haul up the North Island. According to the legend, the hook was transformed into the distinctive coastline of Hawke’s Bay, and visitors to the rugged cliffs of Cape Kidnappers/Te Kauwae-a-Māui are standing on the hook itself. 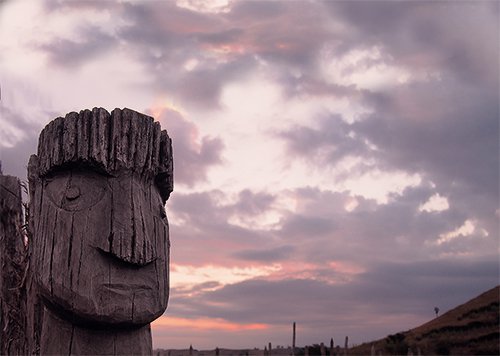 Further inland, the region is dominated by Te Mata Peak – another significant landmark in the mythology of mana whenua. Te Mata was a coastal chief who attempted to prove his love for Hinerakau, the daughter of a neighbouring chief, by biting his way through the hills between the coast and the plains. He died while undertaking this impossible task and was transformed into the peak that bears his name.

Matthew says the area around Te Whanganui-a-Orotū (Napier’s inner harbour) was the centre of early settlement given the harbour’s shellfish beds and fishing grounds, while the surrounding rivers, streams and swamps provided eels, freshwater fish, flax and raupō (bulrush).

Islands in the Ahuriri Lagoon (raised in the 1931 earthquake) were used as fishing bases, and the fertile land on the shores was ideal for housing and cultivating crops.

Connections between mana whenua and Hawke’s Bay run deep, and the stories and myths told about the land reflect the region’s history of occupation, conflict, continuity and change.

A member of the Tahera family, Matthew traces his whakapapa back to Pania of the Reef, the legendary sea maiden in Māori mythology whose statue is a well-known feature of Napier’s Marine Parade. According to legend, Pania’s son Moremore became a taniwha and kaitiaki (protector) of Hawke’s Bay. To this day, Moremore can appear in different forms to warn people of imminent danger. 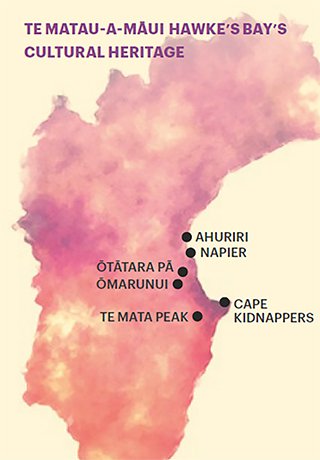 As well as being the site of complex mythology, Hawke’s Bay has also been shaped by conflict over the centuries. There are numerous historic pā and settlements that testify to these struggles, one of which is Te Pakake Pā, in the area of Napier now called Ahuriri.

Te Pakake was the site of an attack in the 1820s by 2,000 men of Waikato, Ngāti Raukawa, Ngāti Tūwharetoa and Ngāti Maniapoto – many of them armed with guns. Matthew says the name Te Pakake (the whales) commemorates the battle, likening the fallen warriors to whales.

About 13 kilometres south-west of Napier, the settlement of Ōmarunui on the bank of the Tūtaekurī River was the scene of an 1866 battle in which Pākehā settlers and local Ngāti Kahungunu fought a Pai Mārire (Hauhau) faction of local hapū and Ngāti Hineuru, a tribe to the south-west of Ahuriri.

A memorial now stands on the site of Ōmarunui, about four kilometres south-west of the Napier suburb of Taradale.

Pania of the reef

While Hawke’s Bay was fought over during the New Zealand Wars, it also saw a significant degree of co-operation earlier in the nineteenth century between Māori and European settlers. Matthew says, in 1848, Tāreha Te Moananui, the principal chief of Ahuriri, wrote a letter to the government inviting them to establish a settlement there.

According to the letter, Te Moananui expressed his strong desire to share the land in Hawke’s Bay with European settlers and invited the government to bring them to Ahuriri to help foster relations between Māori and Pākehā.