A South Auckland man is changing lives using his own life experiences to motivate his community to get fit and healthy.

There have been two moments where Dave Letele's (Ngāti Maniapoto/Samoa) life changed for the better. The first happened when, aged 20, he was sitting on the steps of the tinny house he lived in, feeling hopeless.

In that moment, he had much to reflect on. Dave says his childhood was tough – his father was jailed for armed robbery when Dave was five, and he grew up surrounded by gangs, drugs and crime.

"A lot of people's parents are in different trades. My dad's was robbing banks."

His life was following that same path, but as he sat on those steps, something switched inside him.

"I remember that moment vividly. I had just gotten out of hospital because I put a knife to my chest. I was very depressed although I didn't know that word back then. I was very unhappy with my life, and I was sitting on this doorstep and I looked at the sky and thought, 'man, surely this can't be it?"

Dave, now 42, is the founder of Buttabean Motivation (BBM), a fitness and wellbeing training programme in South Auckland that has been running a food bank for families in need since the start of the pandemic. This year, he's a finalist for Kiwibank Local Hero of the Year.

But when he was a child, Dave could not have imagined how bright his future would be.

He says he isn't especially religious, but at that moment, he spoke to someone – God, a higher power, the universe – and decided to stop feeling sorry for himself and to do something about improving his situation.

"That's what I encourage everyone to do. You can't just wait for something to happen. You have to have faith but also match it with hard work."

The second moment of reckoning happened after many years and many big changes for Dave. He had moved to Australia, played rugby league semi-professionally, started businesses, found financial success and had eventually taken up boxing, adopting the nickname the Brown Buttabean.

But after his business failed, his relationship fell apart and he was about to step back into the family trade – crime.

Over time, he had put on a lot of weight, and when everything fell apart in Australia, he moved back to Auckland, broke, unhealthy and unhappy.

"I weighed 210 kilograms at my heaviest. I wasn't in a good place physically or mentally.

"I was staying on my sister's daughter's spare bed – a single bed – and I couldn't fit.

"I remember staring at the roof and thinking, man, this can't be my life. I had that same feeling I had back in the tinny house."

Dave says it was a humbling experience.

"I had come from nothing, I ended up working hard and I had found what I thought was success, so to lose it all was very humbling."

One step at a time

It would have been easier for Dave to wallow in self-pity, but again he chose to get up and do something.

"I went for a walk, and that's how it started. While I was walking around One Tree Hill, I forgot about how crap my life was. I was just thinking, man, this is a steep hill.

"Even now when I'm training, I'm not thinking about anything else but the session. When you're finished, you're physically tired, but for those 45 minutes, your brain's had a rest from worrying about everything. It gives you a chance to get a little refreshed and be able to take on whatever life throws at you."

This journey, which started with that walk up One Tree Hill, saw him lose over 100 kilograms and become both physically and mentally fit.

"People started asking me how are you doing this? What's your secret? I would tell them, well, you show up and I'll show you what the secret is – it's hard work. Then I'd talk to them about nutrition." 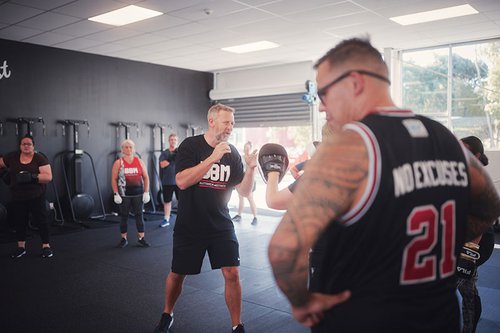 He started running free bootcamps, encuraging others in his Manuakau community to join him on his health journey. This eventually woud become Buttabean Motivation (BBM).

That was 2014. Since then, thousands of people have been involved with BBM, attending training sessions, community bootcamps and downloading the app to help them with their health and wellbeing goals. 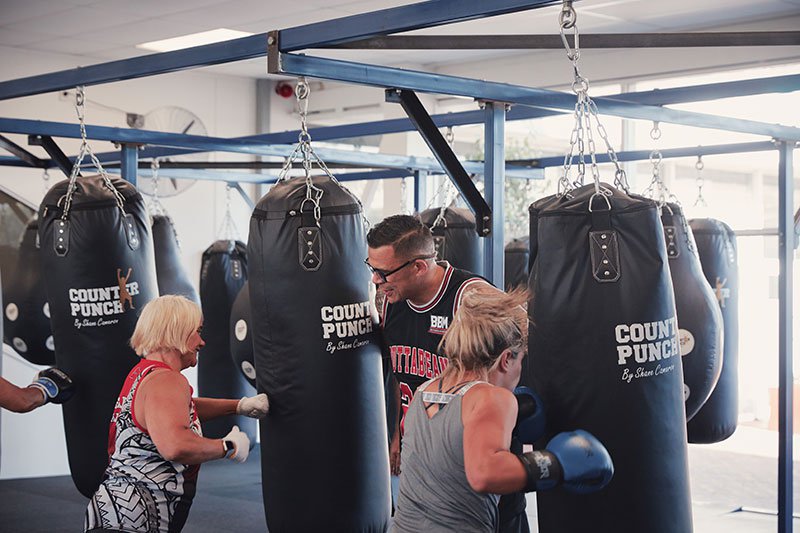 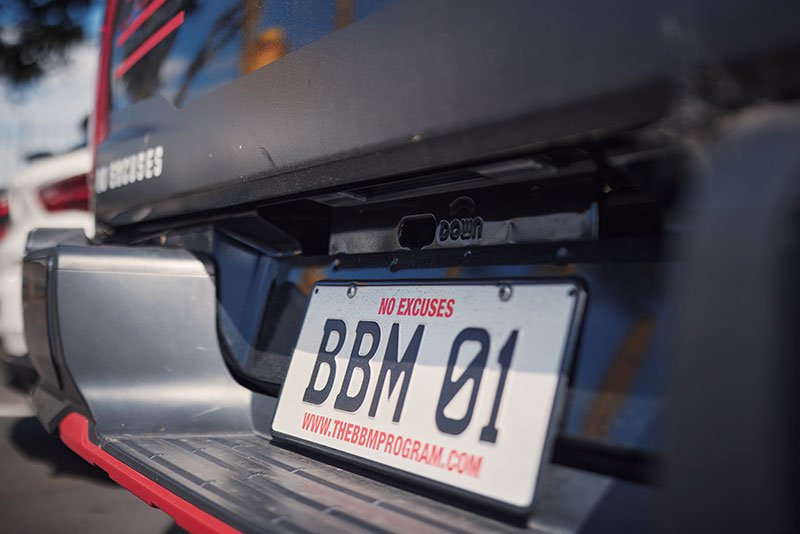 Dave's ability to relate on a personal level to those going through his training programmes and his lack of judgement have been the secret to his success.

He's open when talking about his life – the highs and the lows – and brings a sense of humour and fun into the sessions.

"It's successful because everything I teach has come from my experience and I know it works.

"I'm giving people the tools that they need to be able to live a healthy lifestyle forever because it's not about a challenge and once the challenge is finished you just go back to your old way of living."

"I'm giving people the tools to be able to maintain it for life."

BBM's mission is to reduce obesity amongst Māori and Pacific people in New Zealand through education, enabling them to choose a healthy and active lifestyle.

As a not-for-profit, BBM offers training and motivation for free and seeks donations from businesses and the wider community to support its work.

These donations have become even more important since the start of the pandemic when Dave found himself running a food bank, supporting local families who were struggling to put food on their table. 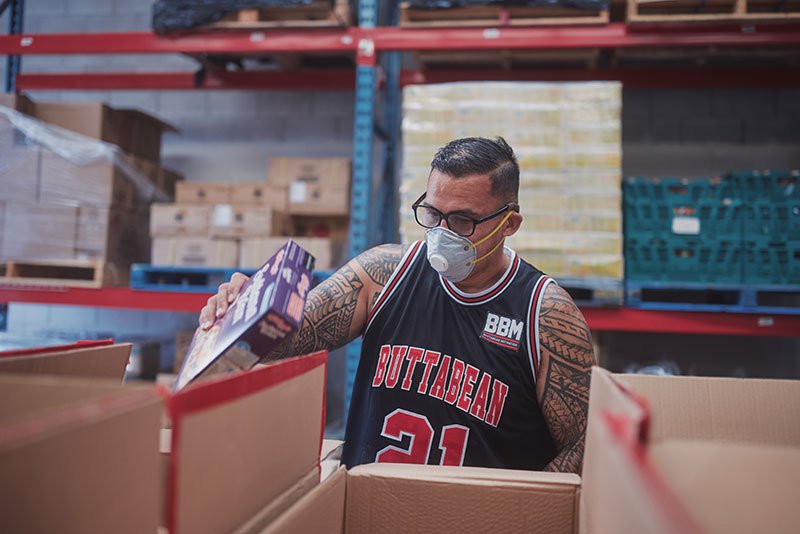 Dave says it was never his plan for BBM to become a food bank but it's part of the organisation that will continue because he can't turn his back on his community.

"I think this is now going to be a mainstay for what we're doing, part of our offer. We're seeing lots of people that are really in need."

He has big plans to expand BBM beyond Auckland over the next few years.

"What we do should be everywhere, and I'm not talking about the exercise – I’m talking about our culture and the vibe that we have at BBM."

Growing up, Dave saw what his father did for a living, and he's proud his four sons are growing up seeing his work in helping others.

"I never wanted to be like my parents, but I saw it, and when times got tough for me, I saw that was what they did to get money so I went back to that.

"For me, I want to create a legacy for my children. I want them to be part of this if they want to."

His youngest son Brook, 4, has been coming in to BBM helping fill boxes with food for deliveries and getting involved with training.

"He doesn't know any different. All he knows is getting up early and coming to train. Coming and helping people. I think it's really important that he sees the people we're helping because it's so important to understand that giving back and being what I call servant leaders.

"It's showing him that's where blessings come from."

"There's no better feeling than this. There's nothing better than helping someone."