A research project is shining a light on the stories of many of New Zealand’s first women doctors.

Both Professor Cindy Farquhar’s parents were doctors. When her father died, he was given an obituary in the New Zealand Medical Journal. Three years later when her mother died, she wasn’t. This anomaly led Cindy to embark on a major research project to tell the stories of early women doctors in Aotearoa. 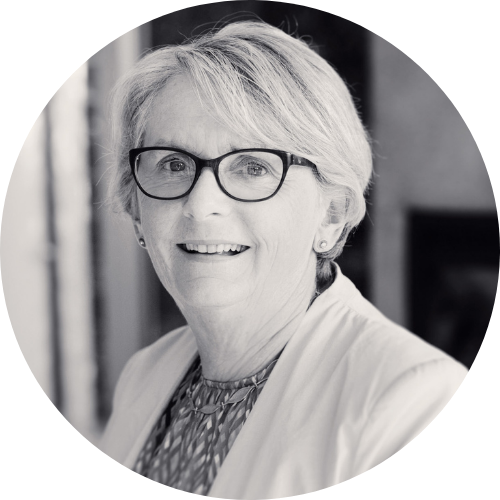 Cindy (pictured), a Postgraduate Professor of Obstetrics and Gynaecology in the Department of Obstetrics and Gynaecology at the University of Auckland, says the struggles of early women doctors were plentiful: they battled to get into medical school, to get jobs and to be accepted by the medical profession as well as by their patients. These were the stories she wanted to tell in her website project, Early Medical Women of New Zealand.

The website tells the story of New Zealand’s first registered female medical practitioner, Margaret Cruickshank, who graduated in 1897 and practised medicine until 1918 when she died of the flu during the pandemic. Also featured is Robin Briant, who was the first woman to chair the New Zealand Medical Council in 1990.

Cindy, who graduated in the 1980s, says her generation benefited from the experiences of these early women doctors, and the research project is a way to acknowledge and celebrate their contributions to the profession.

She says the research showed these women were clever, capable and driven to achieve.

"The graduates all struggled with maths and physics because these subjects weren’t taught if they went to girls’ schools, so many needed extra tutoring.

Many didn’t get into medical school the first time they applied so they had another go at it, which doesn’t happen so much these days.” Great friendships formed among the women students, who made up at most 10% of their year.

“They were treated differently to men. In the early years, they had to sit in the front row, and when they were given bodies to dissect in anatomy labs, the women were put together separately
to the men.”

In the early days, they were considered to be taking a space from a male student.

“They took a lot of ribbing from the male students, who could be a bit obnoxious. It was reasonably common to be dismissed by fellow students who probably expected them not to practise because they would be having babies,” she says.

There are currently 40 biographies posted on the website, with Cindy’s aim to eventually make 100 biographies available. The project is time-intensive, and funding from MAS has allowed her to hire a full-time researcher to assist in collecting oral histories and writing biographies. 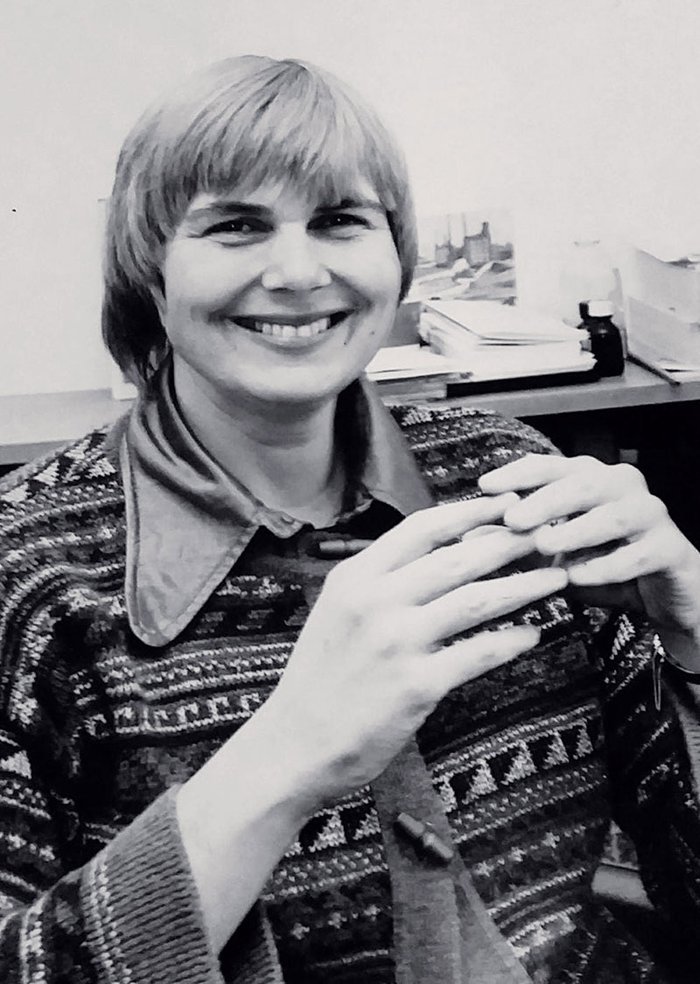 Robin Helen Briant at her medical school desk in 1974 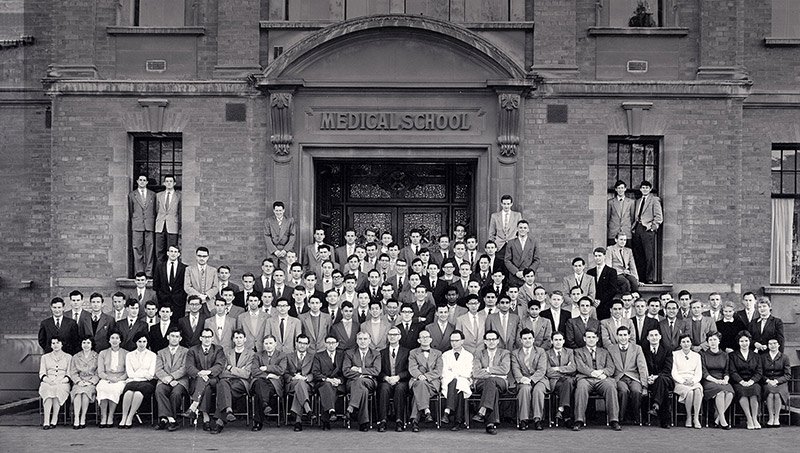 Top / Robin Helen Briant at her medical school desk in 1974 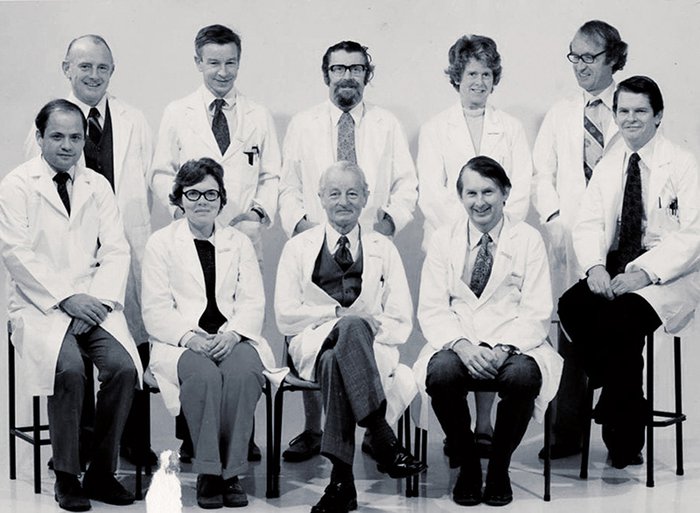 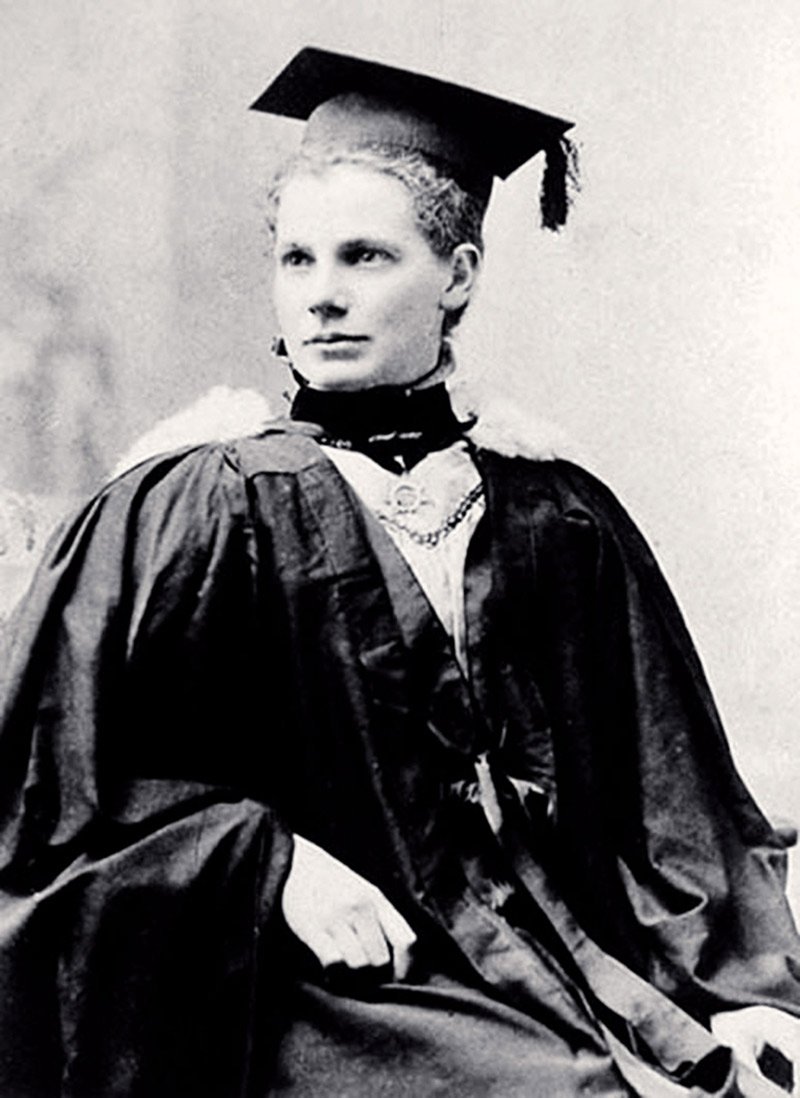 Bottom / Margaret Cruickshank at her graduation ceremony in 1897

Margaret Cruickshank at her graduation ceremony in 1897