A world of good

After almost two years of being largely unable to travel internationally, domestic tourists are looking for new ways to explore our country. Some adventurous Kiwis are combining travel with volunteering as the best way to see new parts of the country while giving something back.

"As a kid, Mum was always pointing out every butterfly that went past and getting me to avoid standing on spiders. She saw the beauty in everything. I took to the bush early on and found out that it's a magnificent place to be. The peace, the connection to nature, the freedom – it absolutely mesmerised me, even as a young guy, so I've always felt at one with Mother Nature," he says.

Dan now owns Blue Duck Station, a rugged swathe of land on the banks of the Whanganui and Retaruke Rivers, with his wife Sandy and their four kids. The station has lodges and cabins, a café and a fine dining restaurant and offers adventure activities like hiking, mountain biking, kayaking and jet boating.

"I was out hunting when I first found these ducks in the streams right up the back of the property. Right away, I thought they were intriguing. They wouldn't fly away, and you could watch them play and feed and carry on.

"I quickly realised that, while we had a good population of whio, wild cats and mustelids were having a big impact on them, as well as habitat loss through agriculture and forestry. These ducks were on a slippery slope towards extinction."

A voice from the bush

Dan opened the first visitor accommodation at the station in 2005 and has hosted volunteers from all around the country, as well as international visitors mainly from Europe, North America and Australia. He says the station provides a "work hard, play hard" arrangement for volunteers, who help with trapping, planting, pest control or whatever else is required and in return are invited on whatever adventures the team heads out on, which often includes jet boating, horse riding or hunting.

Less-experienced volunteers who want to book their own accommodation, learn some new skills and "get stuck in" are also welcome. Previous guests often return to volunteer too. Dan recently hosted four 15-year-old boys from Auckland who'd visited on holiday and decided to come back and volunteer in the tree nursery and help with trapping.

"We often have weekend warriors from cities who come and do shorter stints helping fill bait stations or plant natives around our wetlands."

"People often end up staying a lot longer than they thought they would," says Dan.

Dan believes experiences with nature can offer real value to busy Kiwis living in cities as well as helping bridge the perceived gap between rural and urban Aotearoa.

"The divide that's perpetuated by the media is pretty unhelpful, so it's good to get urban people out here. Things like water quality, biodiversity and climate change are national problems that require joint solutions, and I think people's eyes are really opened to that when they come out here," says Dan.

Blue Duck Station is looking for volunteers this summer, and Dan hopes Kiwis will consider getting involved. He says the station team can come up with tailored volunteering opportunities for people's individual skills and circumstances.

Websites like Workaway, HelpX and WWOOF are popular with international travellers and backpackers looking to develop new skills and save money while seeing the world. One Kiwi host would love to see more locals take up the chance to volunteer around the country this summer. 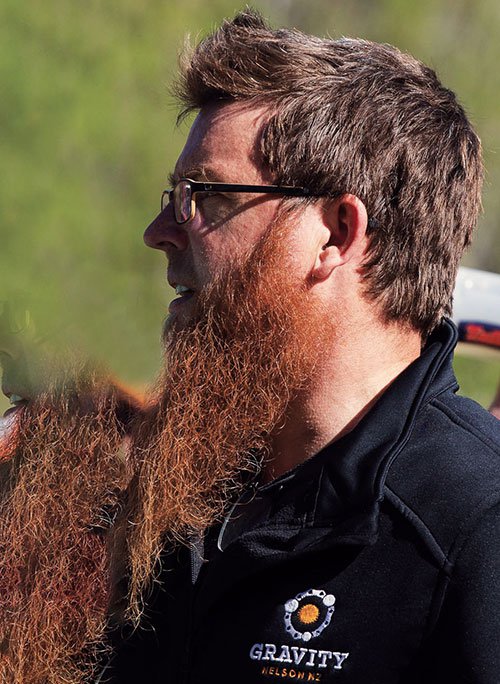 Passionate mountain biker and Gravity owner, Alistair Matthew, originally from Wellington, met his American wife Karin while he was living in La Paz, Bolivia. After 18 years in South America running mountain bike tours, a hostel and adventure activities like ziplining and urban rappelling, the couple and their two teenage sons moved back to Aotearoa five years ago, settling in Hira, near Nelson.

Alistair says that, when the family bought the property, it was overgrown with weeds. "We've been making it our mission for the past four years to clear out all the nasty stuff. A couple of the big paddocks have now been planted out with native trees."

The couple have also gradually built a private mountain bike park on the property. Alistair says that while maintaining and improving the native bush and bike jumps takes constant work, it wasn't the scale of the job that led the couple to becoming Workaway hosts. Their main motivation was to host travellers from around the world to inspire their kids to travel.

"We were driven by the fact that I've worked in adventure tourism for 20 years, and in Bolivia, we were in constant contact with adventurous travellers.

"We always saw the benefit of igniting the travel imagination in our kids, and saw that being around travellers was very stimulating. We saw that could be a great thing for them to do in their future, and we thought, what's an exciting way we can stimulate that in our family?

"It's really cool to for our boys to see these young people who are travelling the world and working to subsidise it." 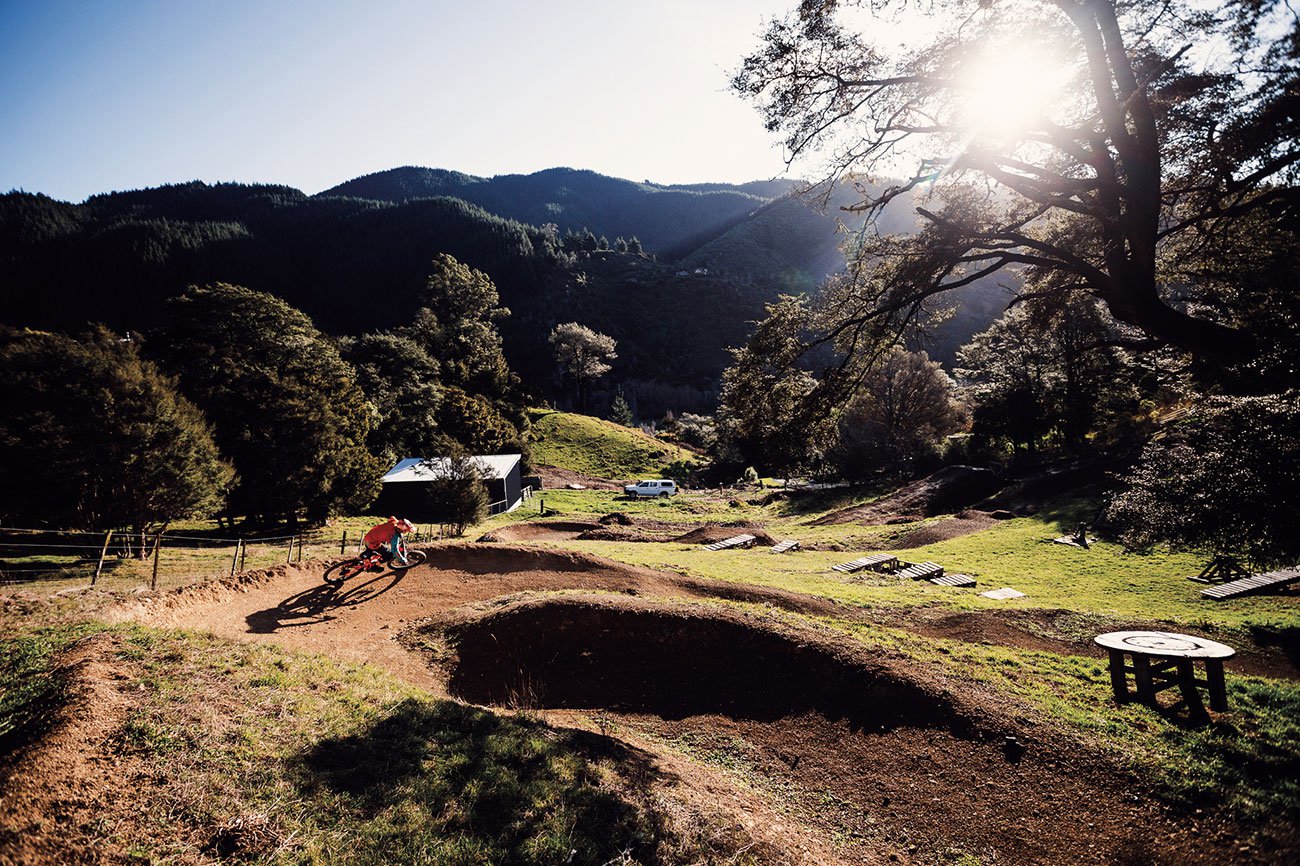 They've hosted more than 150 people from around the world, most in their 20s and 30s. Many are passionate mountain bikers who relish the chance to help out digging trails or building jumps in exchange for accommodation, meals and a chance to enjoy the mountain bike park.

"It's physical work, there's no doubt about that. We jokingly call it the lifestyle gym," he says.

However, they've hosted very few Kiwis, and Alistair says he'd like to see more domestic travellers use volunteering as a new way to travel in their own backyard. 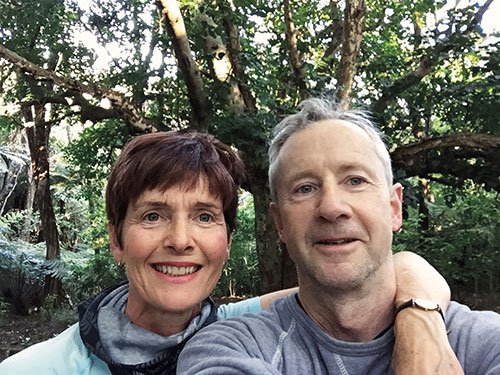 MAS Member Jeremy is a medical practitioner currently working for the Ministry of Health, and Libby is a research fellow at the Department of Public Health at the University of Otago. The couple were introduced to volunteering on Matiu/Somes Island in Wellington Harbour by their daughter Ruby.

"Ruby was a member of conservation group Karo Busters and invited me along on a trip to Matiu, and I roped Jeremy in to coming along on the next one because I loved it so much. That was about five years ago," says Libby.

Jeremy says the group was formed to remove karo, a native tree that was planted on the small island in Wellington Harbour.

"Matiu/Somes has a lot of history – it was a quarantine station and a sheep farm, and at the end of that, it was pretty much denuded and covered in grass. So at some stage, someone thought karo would grow really well on the island, planted a whole lot there and it did grow stunningly well. It took over the island, but it actually wouldn't have been there originally because it doesn't come this far south."

They head out on overnight trips about eight weekends a year between September and April, of which Libby and Jeremy join about four.

"Normally after dinner at night, a group of us go out looking for little blue penguins and tuatara. It's just magical, but the other thing we love about it is that, although the work is hard, it's so much fun. It can be precipitous and dangerous and muddy. There's a lot of dense undergrowth, and you're crawling around on your hands and knees, sliding down hillsides and working on blazing hot days or in high winds," she says. 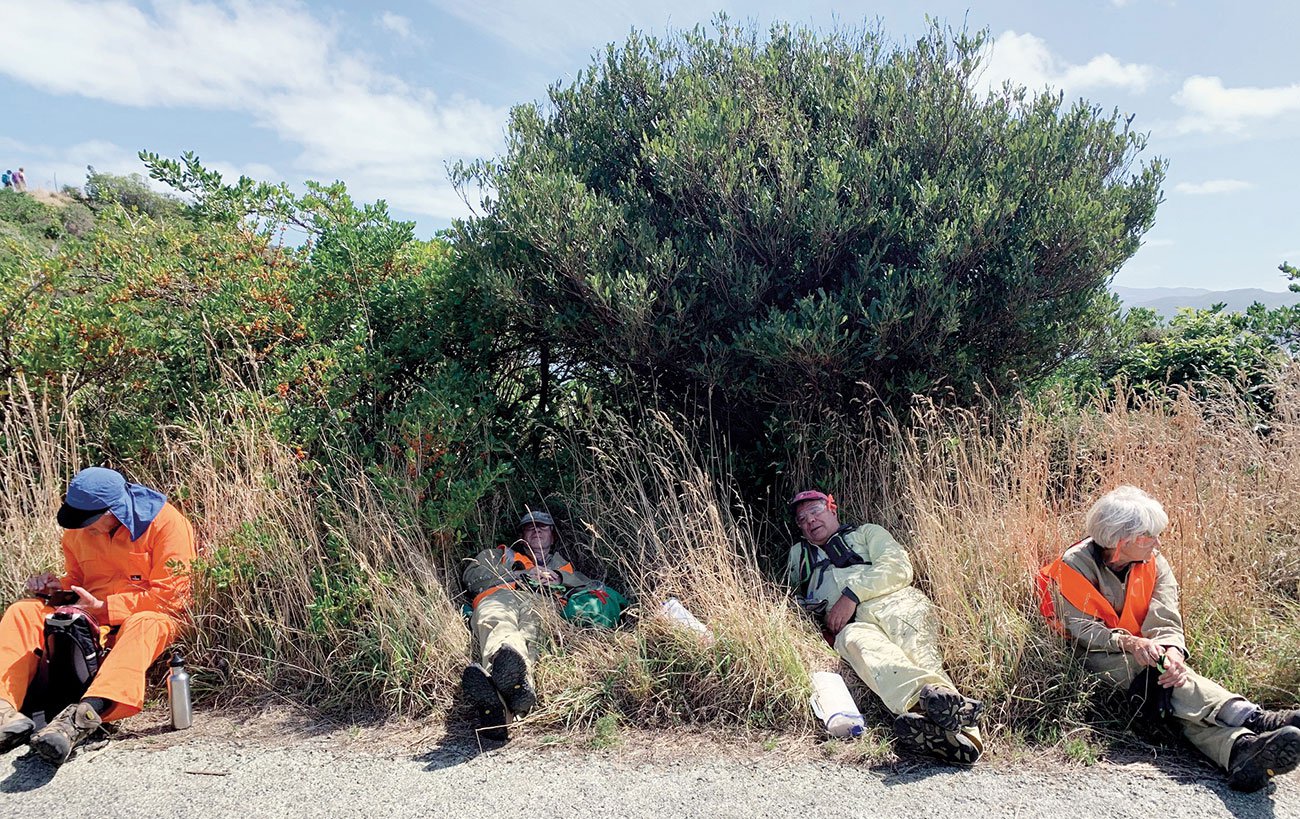 "It's so nice to feel that you're contributing to your local environment. We love the perspective it gives too. We're Wellingtonians and have spent our whole life looking out at this island, and so many people have never been out here. There's something magical about being over on the island, especially at night, and looking back over our home town. It's a really special place."

Jeremy says the group attracts a lot of "good sorts, and you've got to be willing to get a bit dirty and get scratched up and all that stuff. If you're worried about how you look, it might not be for you. But if you want to get out there and get in the bush and have fun, it's perfect. It's like being a kid again."