The world on a plate

With international flights off the menu for the foreseeable future, lots of us are missing one of the best things about travel: the food. But all is not lost. Some of the country’s most interesting eateries are offering a chance to explore far-flung destinations through their cuisine. 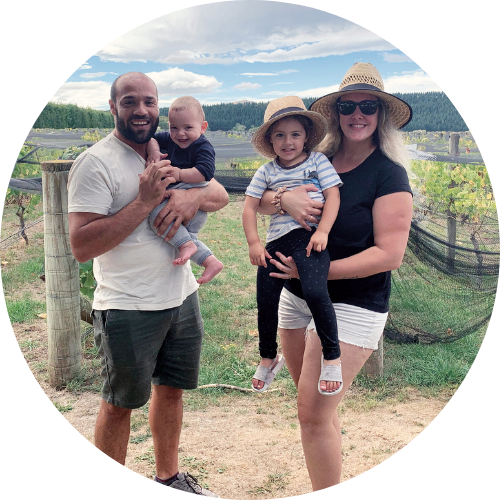 A family-run restaurant that started with $800 and two tables is introducing the capital’s diners to Syrian cuisine.

Hasan Alwarhani, who hails from Syria, and his wife Flora Quintana, a pastry chef originally from Argentina, opened the first iteration of Damascus in 2017. Encouraged by feedback on their home cooking from friends and family, they opened a stall named after the Syrian capital, selling “Middle Eastern pizzas” at Harbourside Market in Wellington.

“It’s crazy to look back on it now. We started doing markets all around Wellington, things started getting busier and we needed to find a commercial kitchen. We were doing prep at the Vogelmorn Bowling Club, and in 2019, they offered us a chance to open a café there,” says Hasan.

“The daytime café didn’t work so well because of the location, which is outside of the city, and we had to shut down when COVID hit. It’s really thanks to COVID that we changed everything: our hours, our menu and our focus. We reopened as a restaurant in the Vogelmorn Bowling Club with a dine-in and takeaway menu, and we’re so proud of where we’re at now.”

Hasan says that Middle Eastern food is underrated in New Zealand and that there is “zero awareness” of Syrian cuisine here.

“When people think of Syria, they often think of war, so it was hard at first because people have a negative idea of the country,” he says.

“I feel a massive responsibility to change people’s views through food. Our menu is 100% Syrian, and we’re true to our roots and the food I ate back home. We really want the restaurant to be a place where people feel at home.”

Hasan says Syrian food is all about big flavours. “We use a lot of spices, but we focus on aromatic rather than spicy ones.”

The menu features plenty of zingy dips and salads, wraps with marinated meats or falafel and the original Middle Eastern-style pizza called manakesh. The dishes include plenty of spices, fresh herbs and pickles to pack in even more flavour, and there are lots of vegetarian, vegan and gluten-free options.

Hasan can’t choose just one favourite dish from the menu, so he recommends the sharing platter, which has both a meat and a vegan option “so you get to try a bit of everything and decide which part is your favourite”.

Damascus operates out of the cosy Vogelmorn Bowling Club three nights a week, but due to its popularity, Hasan and Flora are now hunting for a more permanent home to let the restaurant expand its opening days and hours.