Wairoa local Morehu Munro is determined to elevate young people in the small Hawke’s Bay town. Supported by the MAS Foundation, his Te Ohonga Ake project aims to break the cycle of crime, gangs and drugs for future generations. 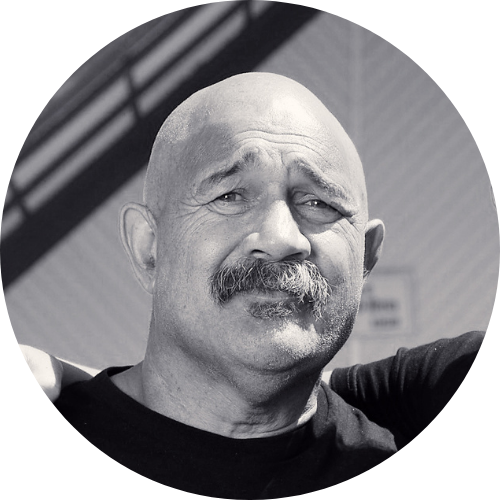 Born and raised in the small Hawke’s Bay town, Morehu says Wairoa is best known as “that gang and drug town, a badge bestowed on it by media sensationalism”. Wairoa’s statistics around health and educational outcomes for Māori also are not where they should be, says Morehu.

Now Morehu is partnering with local youth worker Bronson Tither to show “Wairoa is more than that”, leading projects including Te Ohonga Ake, a kaupapa that gives the town’s young people a chance to
develop their leadership skills and reconnect with their whakapapa.

Te Ohonga Ake, provides marae stays and leadership opportunities for the town’s young people. Morehu's aim is to break the cycle of crime, gangs and drugs for future generations – a kaupapa that’s supported by the MAS Foundation.

Morehu was born in Wairoa and says his childhood involved spending a lot of time outdoors with his family.

“When I was little, we were out in the ngahere (bush) all hours, hunting possums for skins, trapping rabbits. We rode horses, we fished, dived for kaimoana, set hīnaki (traps) for eels. And we did all these things as a whānau.”

After studying Māori health at Te Wānanga o Raukawa, attaining a degree and a postgraduate qualification, tutored by leading Māori academics including Sir Mason Durie, Morehu returned to Wairoa. He wanted to use this knowledge to serve “my people, my whānau and my whakapapa”.

But today’s tamariki growing up in Wairoa experience very different childhoods, he says.

“A whole generation has missed out on these experiences. I see our rangatahi, our young people, congregating under the bridge and in the skate park.”

Since returning to Wairoa, he has been running outdoor education for young people, getting them out exploring the region’s mountains, bush and rivers. He says these experiences can help rangatahi build up their confidence and boost their resilience.

“One of our kids had an accident while mountain biking and hurt his shoulder, but he still came out a week later and walked up the mountain. He knows he is still part of the team and that they’ll support him and lift him up.”

The Māori concept of tikanga is about establishing right and wrong ways of doing things and is modeled to children by the older generation.

“Wairoa’s young people are continually seeing tikanga that encourages violence, drugs and gangs. These things are now entrenched in their whakapapa, and they in turn become the perpetrators.

“The future of our community depends on the support we can give our young people so they can flourish and prosper and break this cycle.”

Morehu hopes to share this mātauranga with the town’s young people and give them a chance to shape their own futures through Te Ohonga Ake, which translates to ‘the awakening within yourself’.

The initiative grew from informal conversations with kaumātua (older people) who have been left to look after their mokopuna (grandchildren), whose parents were involved in gangs or using methamphetamine, says Morehu.

Te Ohonga Ake aims to break this cycle by giving young people a chance to develop their skills, connect with who they are, learn about Māori values and customs and take on leadership opportunities.

“I’m a firm believer in the idea that, if you want to change the parent, go for the child. They will drag their parents along with them.”

Te Ohonga Ake kicked off with a seven-day wānanga in January 2022 for 50 young people. A group of 10 to 17-year-olds were tasked with planning and managing the wānanga, with oversight and support from experienced adults.

“Rangatahi ownership is a big part of this project. We’ve given them the right equipment, a health and safety officer and access to the right experts, and we expect them to manage the rest. Unless anyone is in imminent danger, we won’t interfere.”

“These are kids who have been let down all their lives,” says Morehu. “Giving them the responsibility to deliver this event helps give them confidence and courage while telling them it’s Ok if they fall over. We trust them, and in turn, they trust us.”

The group spent the week staying on a marae, connecting with their roots, learning about their heritage and genealogy and being introduced to tikanga and Māori values. They also enjoyed an art programme and adventure activities like kayaking, mountain biking and waka ama, and they heard from experts on relevant health issues like sexual health, alcohol and drugs.

Morehu identified and shoulder-tapped the cohorts through his community connections. While numbers were capped at 50, there are many more rangatahi in Wairoa who would benefit from the programme. From Wairoa’s population of around 5,000, there are 900 young people who are not in employment, education or training.

Morehu partnered with youth worker and Wairoa local Bronson Tither who has developed a more formal, structured 12-week programme for the town’s young people to continue to learn leadership and life skills.

Bronson says his role models growing up were gang members.

“I followed in their tracks and ended up doing the same things they all did. So I got involved in drugs and crime and went to prison in 2014. While I was in there I managed to read a lot, learn some te reo
and make some major changes.

“I really want to make sure the next generation doesn’t end up following the same path that I did.” 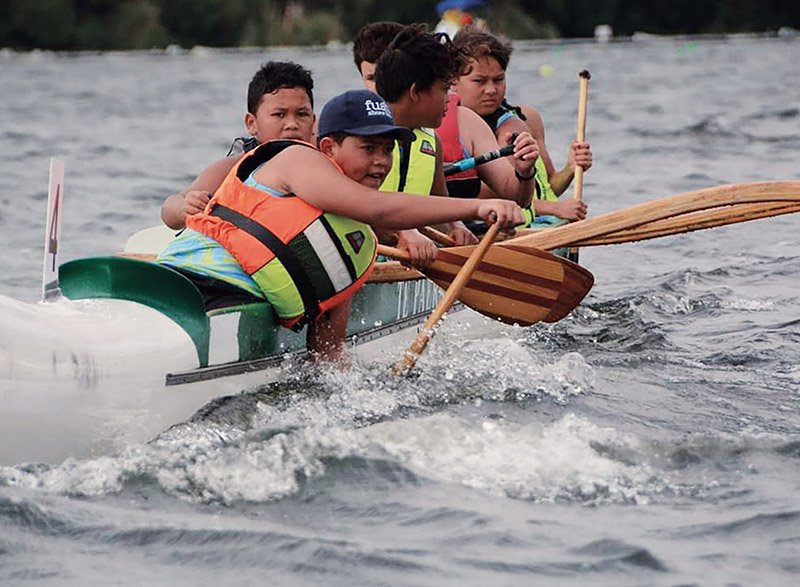 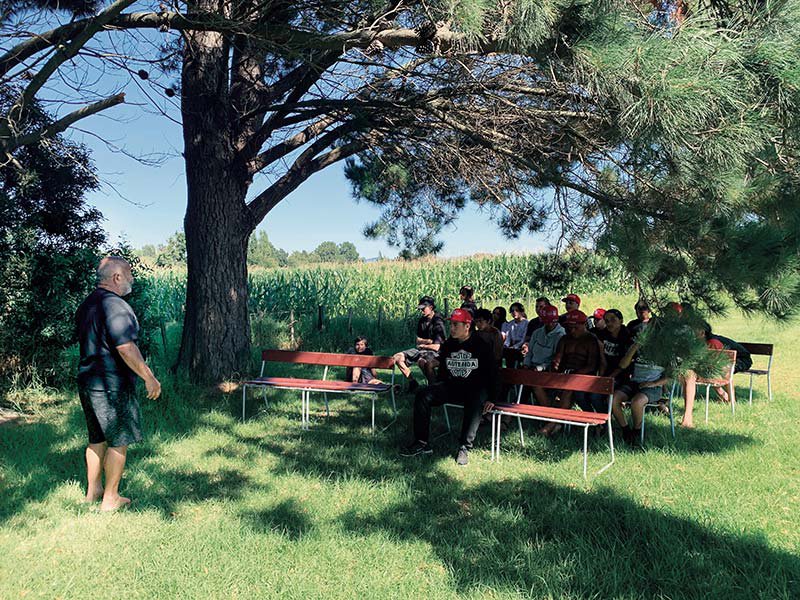 The project has had support from the Wairoa community as well as the MAS Foundation.

“We’re driven by the idea of whiria te tangata, which is about weaving people together, and embrace the whakataukī ‘nāku te rourou, nāu te rourou, ka ora ai te iwi’, which means ‘with your food basket and my food basket, the people will all prosper’.”

Mafi draws on her Pasifika heritage when commenting on the project’s commitment to coming up with solutions within its own community, describing it with the Samoan proverb ’e fofō e le alamea le alamea’, which is about letting the issues within communities be resolved by those in the communities. 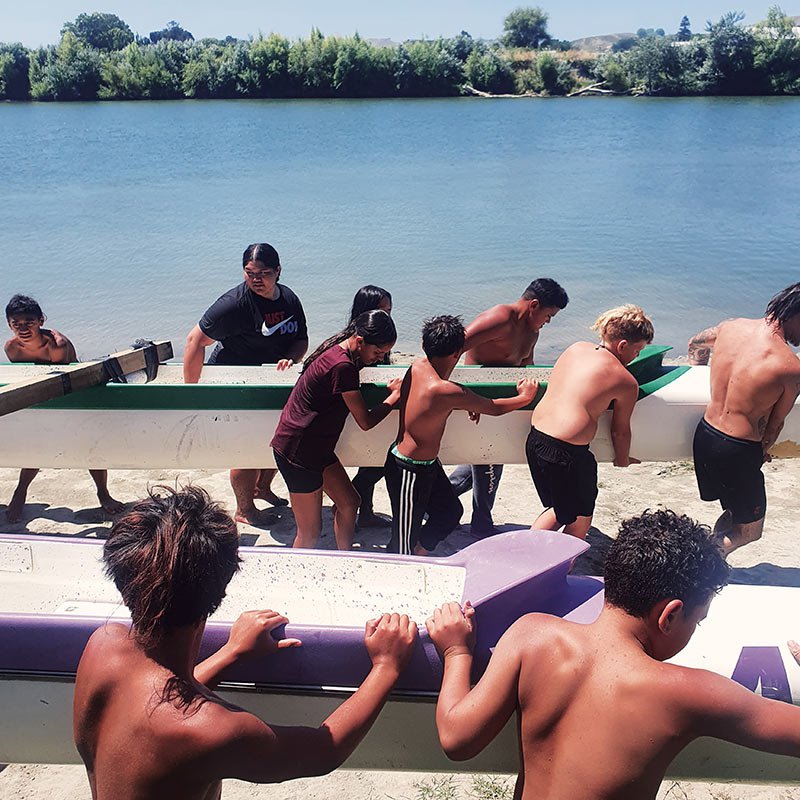 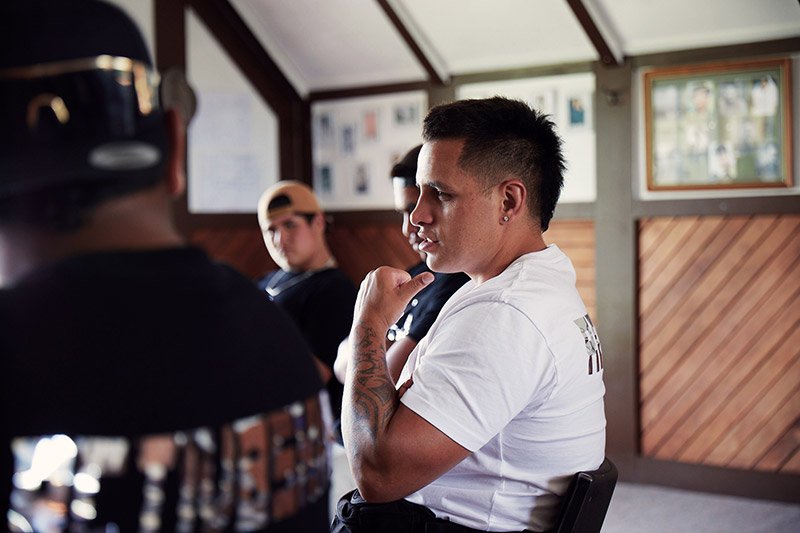 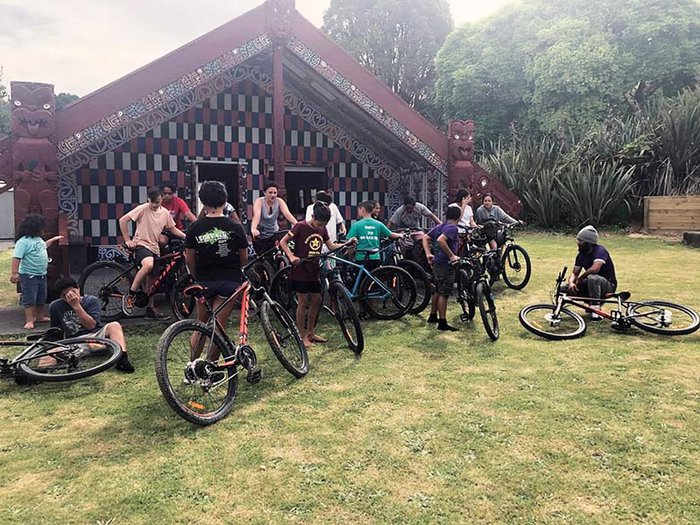 Karleil Hewett, a 17-year-old Waipawa resident, is one of the young people who helped lead the first noho marae. He works with Te Taitimu Trust, a not-for-profit based in Hastings that aims to turn the tide on the health inequities that affect young Māori by connecting them with their culture, their whānau and whakapapa and the natural world. Karleil says he was impressed by the enthusiasm and excitement that the first Te Ohonga Ake cohort brought to the camp. The outdoors experiences were especially impactful.

“On our second day, we had a 3am start and took a group up the Maungakāhia track, a short and sharp track up the mountain that was challenging for some. When we reached the top at sunrise, our taha wairua – spiritual wellbeing –was awakened. Being up there early in the morning gave us a sense of peace and calm, which is just what the rangatahi need.”

Karleil was excited to see how the rangatahi tackled the sometimes challenging physical activities. “The bike tracks especially were a happy place for a lot of us. We came back out with a smile and a few scratches. We did fall over every now and then, but we all got back on and pushed on, which shows the kaha (strength) these rangatahi have.”

While Karleil says the camp had some challenging moments, he describes the overall experience as “extraordinary”.

“The rangatahi were given sanctuary – a safe and nurturing place to be themselves, to be around their friends and to not have to worry about parents or teachers. And they were removed from their sometimes difficult lifestyles, giving them a chance to be part of a kaupapa that expanded their skills, their understanding of the world and their knowledge and connections.”